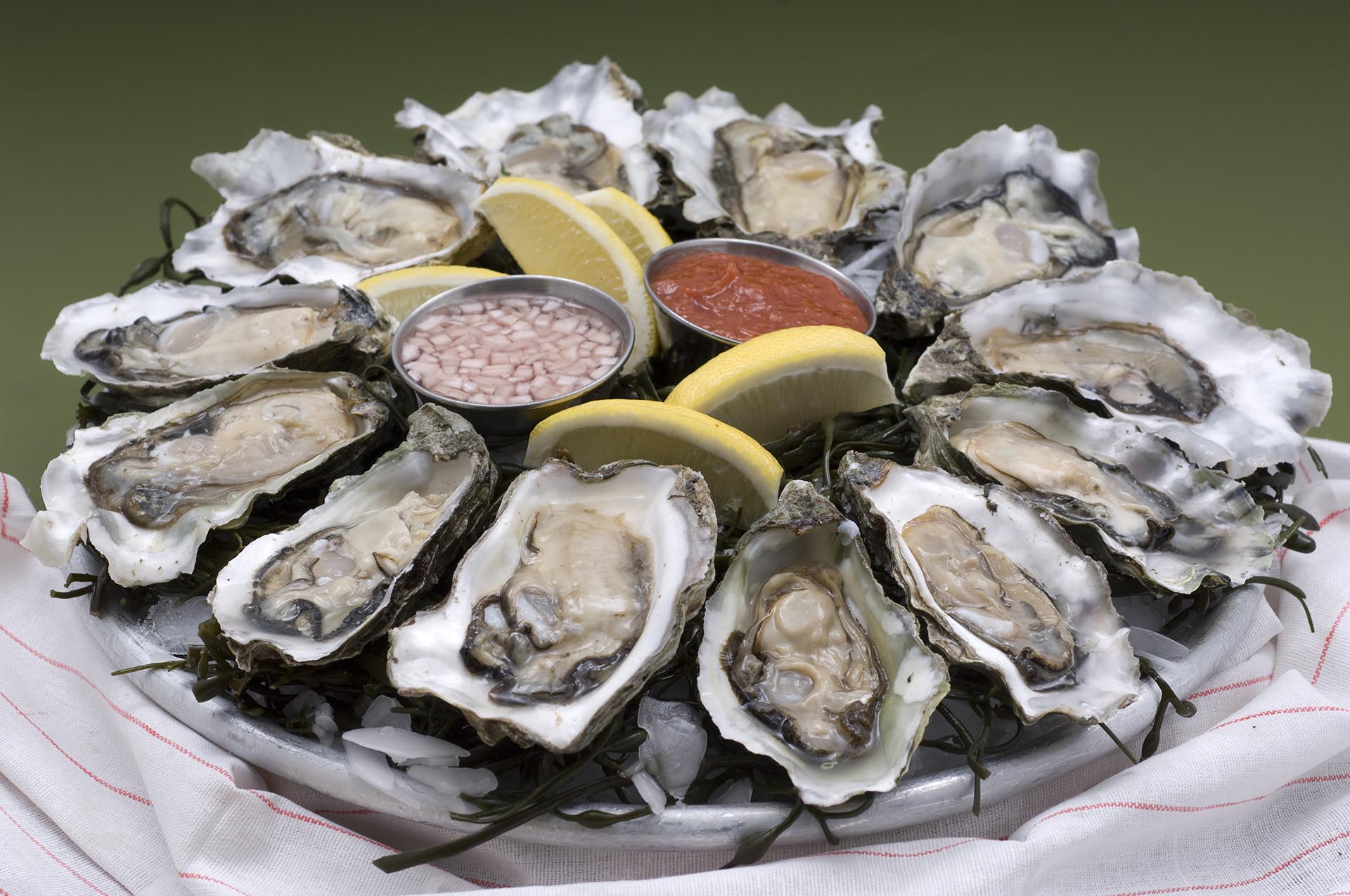 So, should you eat oysters in months without an ‘R’?  Yes, you should!

Decades ago that phrase did hold some water.  Oysters shipped cross-country during hot summer months (May, June, July and August) before the advent of refrigerated trucks may have suffered some serious quality loss.

Additionally, oysters begin to spawn as waters warm in these months.  A spawning oyster is generally not one that you want to eat.  They have other things on their minds than staying plump and delicious!  Developments in the commercial oyster farming industry, including introduction of triploid oysters make spawning issues somewhat obsolete, though we still keep an eye out and avoid purchasing spawning oysters.  Did you know a seedless watermelon is also a triploid?

Due to our purchasing power, we also have the opportunity to purchase oysters from a large geographic region, which allows us to source oysters from areas that are not spawning.

We have a great selection of oysters from both the East Coast and the West Coast in the Markets and at our Oyster Bars.   And, if you need another reason to order oysters with us right now – farmed oysters are rated GREEN by Seafood Watch!