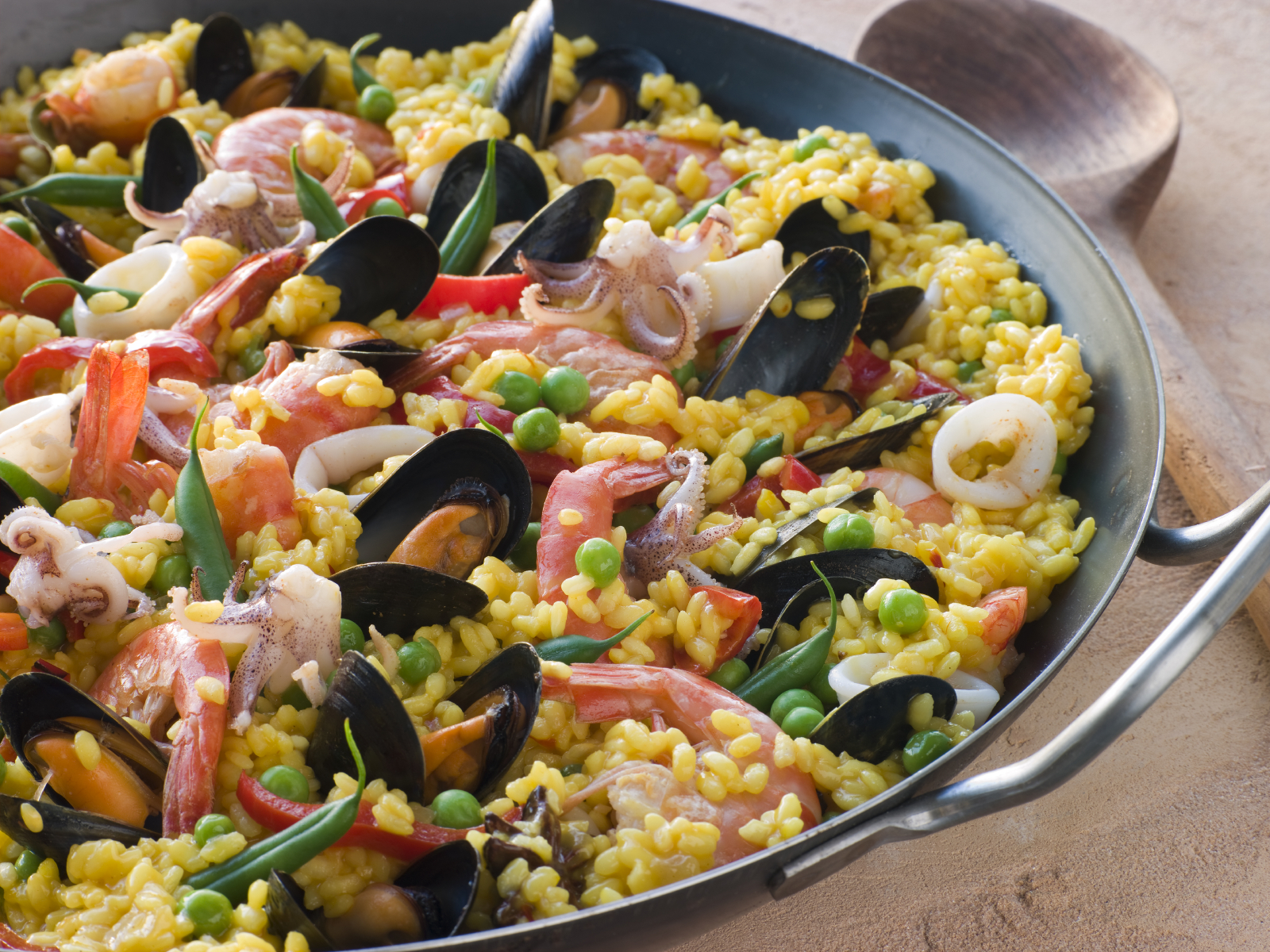 What is Paella? Many people think of paella as a Spanish dish, and they are right, but paella is more specifically a dish of Valencia (a region on the East Coast of Spain), and if you want to get even more detailed, Paella is a dish that originates from the Albufera lagoon in Valencia. As you might guess, we’re fans of the seafood version (paella de marisco), but there are other versions of paella out there.

By the 15th Century, rice was a staple of the Valencian diet, so although you’ll see many variations of paella, they always contain rice. Some people make their paella by leaving the shells of the shellfish on (a great way to generate more flavor), but there is a variation of seafood paella that features shellfish sans shells, known as paella del senyoret. Like all regional foods, paella often becomes the subject of feverish debate – the type we enjoy! We are happy to have a friendly argument about food any time (as long as sampling is involved). Feel free to share your own ideas on paella in our comments section.

The chefs over at Tasting Table offer up this “mixed” version – paella on a grill! Since paella is traditionally cooked outside, this version looks like a fun way to keep it real.

If you’re looking to try an inside version, this one looks good – just complicated enough to keep you busy – get the whole family involved! If you have other recipes, share them below, and don’t forget we have mussels, clams, and shrimp along with fish stock and rice when you’re ready to start cooking!